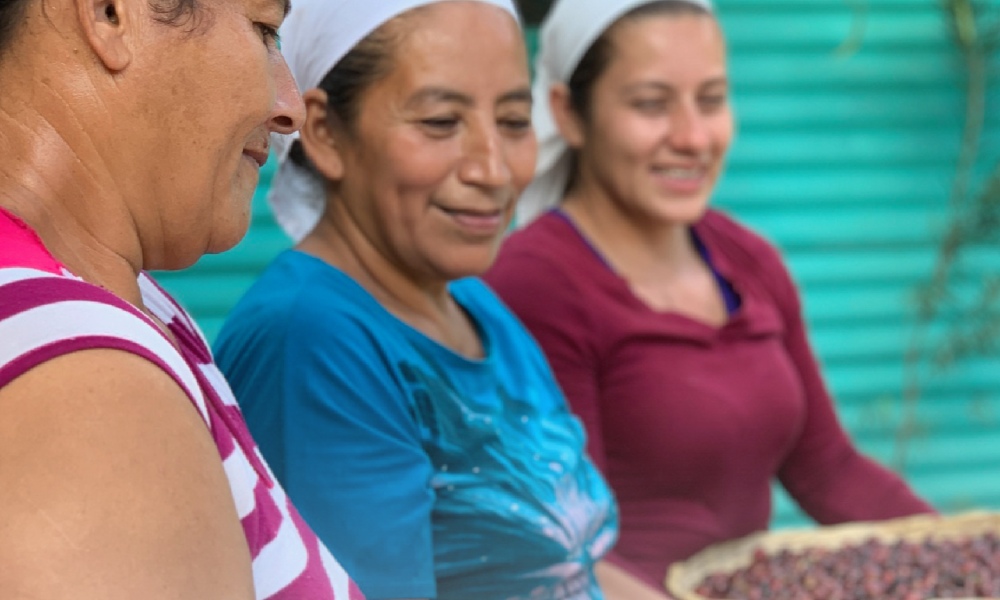 FROM THE “transparency fallacy” to the debate around how specialty coffee can be accessible, the coffee industry is littered with contradictions.

Yet none is more infuriating than the contradiction around the role of female coffee producers. Specifically, how an industry can rely so heavily on a certain group yet continue to habitually exclude it from decision-making roles.

Indeed, a recent International Coffee Organisation (ICO) report shows that despite women contributing 70% of the global coffee production workforce, only 20-30% of coffee farms are female-led.

What’s more, women tend to have less access than men to resources, such as education and credit. This means that even when women do control their farms, they are often left vulnerable to economic shocks and adverse weather conditions.

However, things are slowly starting to change. There are an increasing number of projects which seek to augment female leadership in the sector. Some are led by NGOs and civil society organisations, while others are driven by socially conscious roasters. Yet among the most effective are those dreamt up by coffee-growing communities themselves.

Mildred Muñoz is founder of Finca Santa María in Santander, Colombia. Her farm supplies certified organic coffee to US roaster and retailer Mayorga Coffee, and is unusual in that it is owned and operated entirely by women.

Mildred says the project aims “to offer women a role beyond that of being a housewife”, and to recognise their importance in the social and economic development of the region.

She explains that male dominance in the coffee sector is a historical hangover from a time when women were simply not allowed to carry out certain tasks.

Now, she says, this is changing and there are a growing number of women in a variety of roles, including as tasters, traders, and farm owners.

As well as earning money for their families, the women become key change agents in the development of the local community.

“On a personal level”, Mildred says, “we feel more motivated, and can grow as individuals. We are more independent, we feel useful, and we are able to contribute to economic and social development.”

She believes that more women in a variety of roles would benefit the coffee sector – but that for this to happen, they need to be given more opportunities.

A lack of education and limited time due to childcare responsibilities are particularly problematic. According to recent research, women are much more likely than men to give up paid work or cut hours after childbirth, even when they earn more.

Therefore, changing deep-seated attitudes towards the “traditional” roles of women requires education for men, too. “Women need access to training, support for technical skills development, and on the trends and intricacies of the international coffee market,” Mildred says.

The road to a more sustainable future

The ICO predicts that closing the gender gap could boost global agricultural output by 2.5-4% – the equivalent to an extra 30 billion cups of coffee per year.

It also reports that fostering gender equality can significantly contribute to building female farmers’ resilience to volatile coffee prices and their adaptive capacity to climate change.

Mildred recognises the upsides for the women on her farm and others where there is greater representation in leadership positions. She is grateful for the opportunities she has thanks to Finca Santa María, and to the coffee businesses, such as Mayorga Coffee, which are actively supporting projects like theirs and making a real difference to the lives of local women.

“Behind every cup of coffee is an amazing life story,” she says.