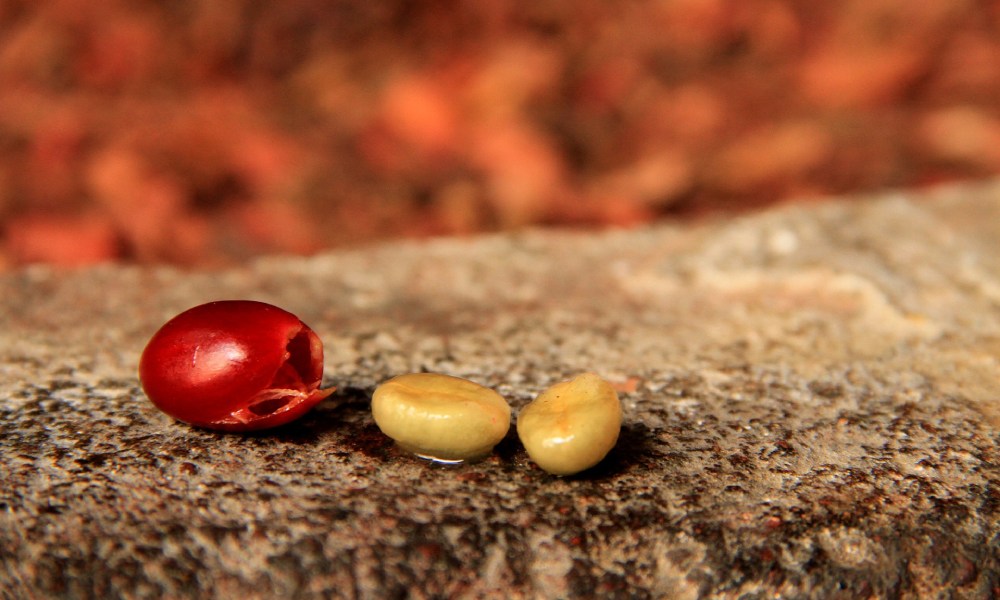 UNTIL THE early 2000s, washed processing dominated Colombian coffee production. However, over the last two decades, experimental techniques, such as anaerobic fermentation and carbonic maceration, have become increasingly widespread.

According to Jayson Galvis, quality director at Azahar Coffee Company in Colombia, several factors are behind this growing trend. One of the main drivers is the introduction of exotic varieties, such as Geisha, Mocca, Yellow Bourbon, and Sudan Rume.

These exotic varieties, many of which arrived from Ethiopia and Panama, carry distinct characteristics that producers realised could set them apart on the international market. But they also noticed that the washed process alone wasn’t always capable of unlocking their full potential.

Drawing influence from processing techniques popular in Brazil and Costa Rica, Colombian producers started to experiment with their own processing methods, with the goal of highlighting specific qualities.

Many were able to create more balanced cup profiles and even improve cupping scores which, in many cases, has led to higher profits.

As word spread, more and more professionals, among them competition baristas, began to travel to Colombia in search of experimental lots that could set them apart and impress the judges. Inevitably, this helped propel Colombia’s experimental processed coffees onto the world stage.

Today, experimental coffee processing is used not only for exotic varieties, but also traditional ones, where it is used to diversify characteristics and add value. But is it accessible to all farmers?

Experimental coffees tend to command high prices at auctions. In 2019, Panama-based coffee company Ninety Plus sold its “prototype” microlot coffee for a then record-breaking $4,535 per pound.

While it kept the exact details of the coffee under wraps, it was said to be a “limited experimental batch” that incorporated “proprietary processing innovations”.

Naturally, these eye-watering prices don’t go unnoticed among producers and traders, who see an opportunity to capture a slice of the market.

Yet  those who have been able to take the leap into experimental processing are usually farmers with the financial muscle and resources to develop trials.

Hernando Tapasco is a certified CQI Instructor and coffee agronomist. He has worked with small, medium, and large farms to develop post-harvesting protocols, and classifies farms into three levels.

At level one, he says, producers generally learn to implement the best agricultural practises to produce clean and consistent coffee quality.

At level two, farmers are already consistent with the techniques and the quality of washed coffees. At level three, they are ready to explore honey, natural or even carbonic maceration and anaerobic fermentation.

Hernando explains that, in Colombia, around 70% of smallholder coffee farmers are at level one, while the rest are at levels two and three.

Those who implement more advanced methods of processed coffees, such as carbonic maceration and anaerobic fermentation, are typically medium to large farms, known as “estate farms”.

They often do so because they have access to the facilities, infrastructure, and economic resources to develop trials. Many also hire experts, standardise the process, and take the appropriate time to create consistent and scalable protocols.

“It can be very expensive,” Hernando says. “It’s difficult to put an exact figure on it because each farm has different needs. But the people who are doing it are more like entrepreneurs whose main source is not coffee. They have the opportunity to rehearse.”

The market for experimental coffees is largely propped up by the global demand for ever more “exotic” flavours. This has only been bolstered in recent years by growing interest from emerging markets such as the Middle East and China.

In 2020, for example, most of the highest-priced lots at the prestigious Best of Panama auction were purchased by East Asian coffee companies.

“Demand for coffees with unique flavours is growing,” Jayson says. “At Azahar, we’ve noticed it go up significantly since 2018.”

However, for smallholder farmers, he warns that the financial risk of betting everything on experimental lots is high. The trap many fall into is to assume that because others in the country have been successful, they will be able to do the same.

“Some producers believe that experimental coffees are ready-made recipes for success,” Hernando explains. “But this is not the case. Each farm needs its own design based on the diversity of agro-ecological conditions.”

Instead, he advises starting small and carefully evaluating the costs of production, including labour, input, and time – before scaling it.

“Begin with a small pilot and keep a record of the steps taken and the critical data, such as level of cherry maturity, fermentation and storage time, and cupping results,” he says.

“Such a pilot will indicate the errors, the adjustments required, and the potential for success. Once the farmer reaches a uniform process and sees positive results, they will be ready to develop a protocol and scale it.”

Most importantly, Hernando notes that the micro lot market has allowed farmers to diversify their sales – yet it should not be seen as a sole source of income.

“Smallholder farmers need to understand that these coffees are not their main market, but rather a platform to create a recognisable name in such a market, allowing them to find more clients who will buy the majority volume of what they produce.”