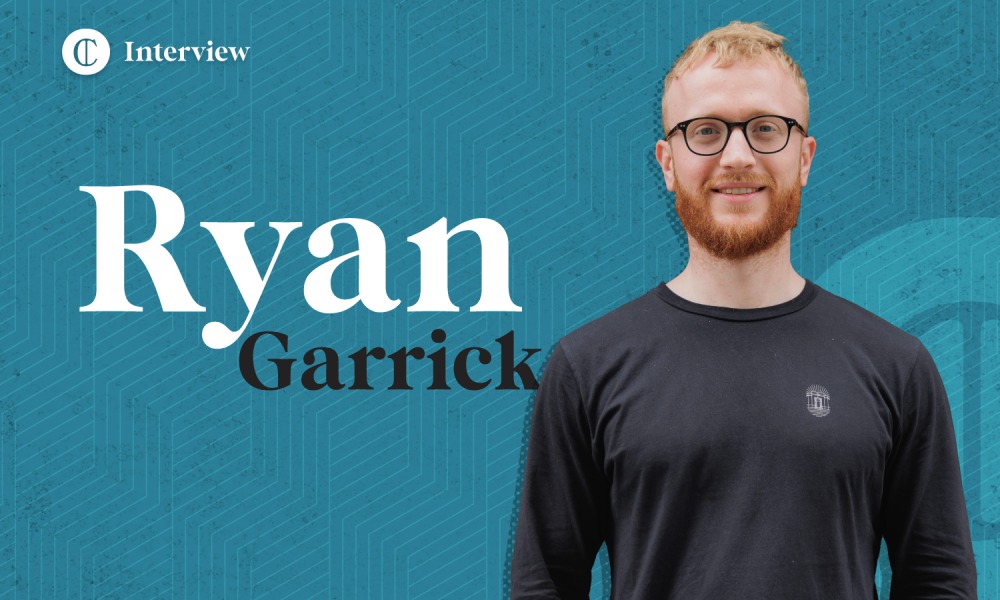 UNLESS YOU are involved in barista competitions, it can sometimes be difficult to grasp exactly what’s going on.

Without having the coffee in front of you to taste, it’s impossible to know if it really does have the bright acidity or exquisite flavour notes the competitor claims.

Ryan Garrick, who as a certified judge and barista trainer has seen his fair share of these competitions, believes that this is just one area where they could improve.

“They’re not great spectator sports,” he tells me. “They’re not designed in a way to make them fun and engaging when I think they could be. I’m very deep in the competition so I can see what’s going on, but unless you see that they can be a bit boring.”

This lack of engagement for spectators is just one of a number of areas for improvement he’s identified in barista competitions. But unlike those who criticise events such as the World Barista Championship without offering any solutions, Ryan is always there with an idea.

“If there’s an audience of 40 people and you batch brewed a few litres while the competitors were performing or just before they came on, that would be really cool,” he says. “Building something around it would make it a lot more interesting.”

This kind of thinking and eagerness to find solutions shows his deep-rooted passion for the coffee industry.

Having arrived in London from his hometown of Glasgow armed with a sports psychology degree, he quickly found his home in the coffee community.

In March 2018, he joined the burgeoning specialty coffee shop-roaster WatchHouse, where he set to work helping them add six new locations to their portfolio. During this time, he also judged barista competitions in the UK and Czech Republic, while training three-time UK Cup Tasters Champion, Freda Yuan.

As a result of his experiences, he says his aim as Head of Coffee at WatchHouse was, among other things, to build the brand around competitions. In a market as saturated as the UK’s, it’s what he identified as an effective way to set their coffee shops apart.

“We’re really invested in the barista championships and brewers cups,” he says.

In order to build a brand around competition coffees it helps if you know what to look for – and to keep up with the constantly evolving set of criteria.

At last year’s World Barista Championships, for example, the non-arabica species eugenioides burst onto the scene, which, for some, marked the end of Geisha’s reign.

According to Ryan, this trend is becoming increasingly cut-throat as the industry matures.

“If you look at 2017, the winning coffee was an El Salvador SL28,” he says. “I think it’s unlikely they would stand a chance now. Even 88-point or 89-point coffees wouldn’t. It needs to be 90+. But the only way to get these coffees is to find great farmers, visit them, and have them on WhatsApp. It’s very difficult.”

From a technical point of view, Ryan explains that the coffees need to be heavy bodied with several big and interesting flavours running through them. A long-lasting aftertaste is also crucial.

“For the competition, you’ve got to look past what’s at the front of the palette,” he says, “and think about the middle and end, because that’s what’s going to be really important. For example, some farms produce amazing coffees. But because they tend to have a shorter finish, they won’t necessarily go down well at a competition level.”

It’s for this reason that Ryan suggests barista competitions will continue to see the widespread transition to blends. Only last year, Matt Winton won the World Brewers Cup with a blend of eugenioides and Catucai, while Hugh Kelly blended eugenioides and liberica for his milk-based beverage. By doing so, they were able to add further dimensions to the coffee and elevate them above those of their competitors.

However, blending is no simple task. Not only is it increasingly difficult to access the required coffees, it takes considerable skill to find a ratio in which all the coffees work in harmony.

“The more I think about it, the more I compare coffee to food than wine,” Ryan says. “Blending is like being a chef – putting different flavours together and creating something superior.”

Although the move towards blends is already well underway, there are a few other things he’d like to see change at competitions in the future. In particular, the way in which competitions are judged.

“How do you compare a natural Panama versus a washed Ethiopia?” he says. “We never do that on the cupping table in Q grading. It’s very difficult for people to correctly score that.”

He also sees an issue with the dominance of Colombian and Panamanian coffees at a competition level – but admits that it would take something special to knock them off their perch.

“Unless there is someone from an origin country in the competition showcasing their local coffees, then it’s the Colombia-Panama championships. No other country can match their quality.”

Ryan Garrick is a panellist at this year’s Producer & Roaster Forum in Medellín, Colombia. The discussion is titled, ‘Understanding the Market for Exclusive Lots & Competition Coffees’.