Can koji processing improve the lives of Colombia’s coffee farmers? 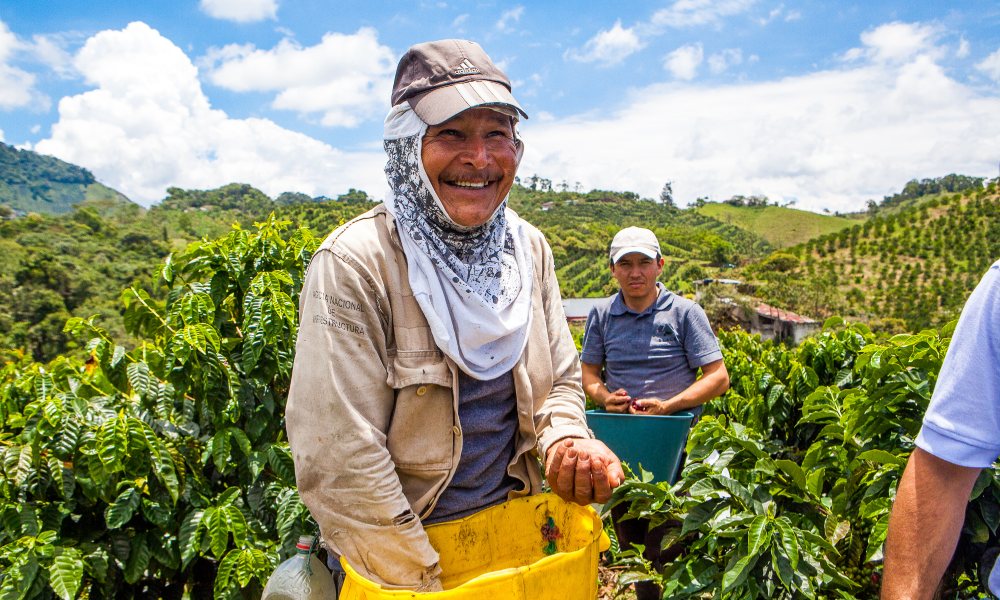 AT THE 2021 World Barista Championship, Finnish competitor Kaapo Paavolainen prepared a coffee processed in a way that had never been seen before on the world stage.

It had involved sprinkling Aspergillus oryzae, a fungus, on the harvested coffee cherries and leaving them to ferment for around 36 hours.

As the fungus fed on the complex sugars and proteins within the cherries, it created glutamates. The result, according to Kaapo, was coffee with more body, greater mouthfeel, elevated sweetness, and a small amount of umami.

The World Barista Championships are no strangers to innovation. In 2015, Sasa Sestic won with a coffee processed using a pioneering technique borrowed from winemaking, called carbon maceration.

However, this new technique – known as koji processing – is undoubtedly one of the most intriguing innovations to emerge over the last few years. Of particular excitement is the opportunities it can open up for farmers looking to improve their cup scores and earn a more sustainable living.

“If you have a regular coffee, with a score of say 81 or 82, it can take that coffee to 83.5 or 84,” says Elias Bayter Montenegro who co-owns Forest Coffee, one of first farms to experiment with koji processing and the producer of Kaapo’s WBC coffee.

“Because of this higher score and the fact it’s a new technique, we’ve seen that roasters are open to paying between 10% and 15% more for one of our coffees with koji than for the same coffee without.”

For centuries, the Japanese have used koji spores as a way of making popular foods, including miso, mirin, and soya sauce.

In this process, the fungus is typically added to rice or soya beans where its enzymes break down the complex carbohydrates and proteins into amino acids, fatty acids and simple sugars.

For coffee, the process is similarly straightforward. Once the cherries have been harvested, the spores (also cultivated using rice) are ground and sprinkled over them and they are left to ferment for 36 hours.

The cherries are then dried for two weeks using a combination of mechanical drying and African beds. During this phase, it’s important the temperature stays between 24°C and 32°C to keep the fungus alive.

Elias explains that unlike other processing techniques that rely on expensive equipment, koji processing is accessible to all farmers because it requires no significant upfront investment.

“Farmers don’t need to invest a lot to do koji,” he says. “They don’t need to buy steel or plastic tanks or CO2, which is expensive in Colombia. They just need a good space.

“That’s really beneficial for producers who wouldn’t otherwise have the opportunity or equipment to produce an 84 coffee; maybe because they don’t have the right genetic varieties or the right microclimate. This is giving an opportunity to small producers to improve their quality without having to invest money or take a big risk.”

There’s also the environmental benefit. In Colombia, washed (or wet) processing is the most widely used technique on farms. However, not only does this require vast quantities of water, but the run-offs often end up contaminating water supplies for people and animals within the local area.

Koji processing, on the other hand, can be done without the use of any water whatsoever. “For quality control, we use water to identify ‘floaters’,” Elias says. “Otherwise we don’t use a single litre for this process. Not one.”

With so much to offer, it’s a surprise then that not every coffee farmer around the world has adopted koji processing. Yet despite its benefits, the biggest challenge according to Elias isn’t the process but the attitude of the farmers themselves.

“You could do koji processing on every farm in Colombia,” he says. “But changing mindsets is the most difficult part. I think it will be another two or three years before the technique is mature.”

Forest Coffee is a Host Sponsor at this year’s Producer & Roaster Forum in Medellín, Colombia.

Can koji processing improve the lives of Colombia’s coffee farmers?