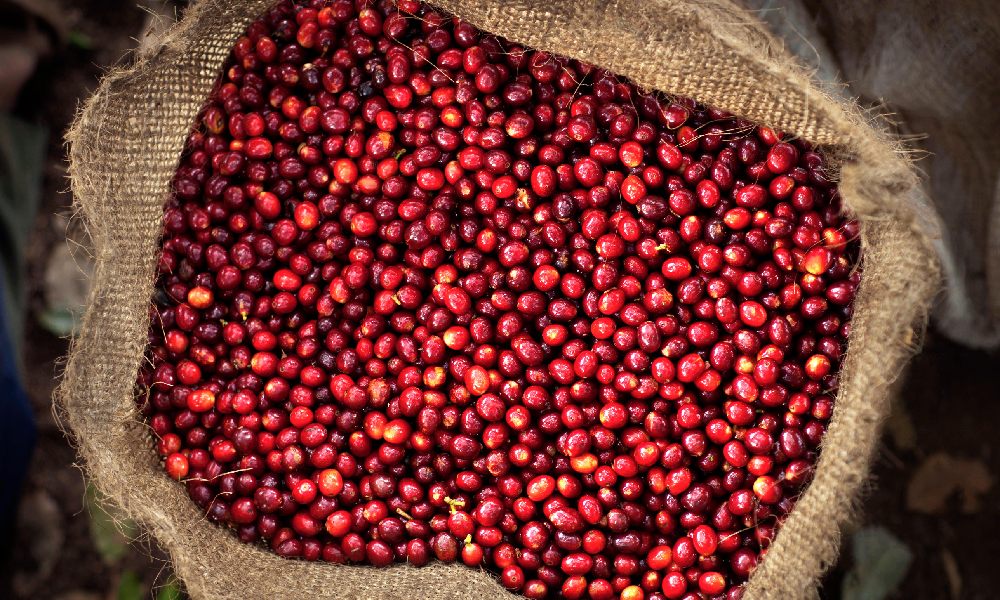 FROM CONSOLIDATORS and exporters to collectors and importers, a typical coffee passes through multiple hands before it reaches the consumer. Depending on the coffee, there can be as many as 20 intermediaries in the journey from seed to cup.

As a result, producers rarely receive enough income to cover their costs of production, let alone earn a sustainable living. According to a 2019 Financial Times article, the average farmer earns the equivalent of around 1p per £2.50 cup of coffee.

Clearly, this model needs fixing. It is both unfair and inefficient, giving farmers little access to the market and keeping many of them below the poverty line.

“The established, traditional model only benefits the intermediaries,” says Jorge Escobar, who runs Hacienda Montealegre, an organic coffee farm in El Salvador. “It is not profitable for producers. They are not aware of the market price of their coffee and instead they just get paid an unfair price which is often dictated by the commodities market.”

If nothing is done to address the problem, farmers will increasingly turn away from coffee production altogether – a trend that has already been seen across several countries. In Colombia, for example, a number of farmers have started replacing coffee plants with avocado trees.

“People will stop growing coffee because they cannot live on it,” Jorge says. “They will either grow other crops or they will leave their farms completely.”

The benefits of direct trade

One of the most promising solutions to the problem of inquiry in the coffee supply chain is direct trade.

Direct trade is a situation in which roasters source green coffee directly from producers without the use of intermediaries. Under this model, producers receive several times more than they normally would, ensuring they get enough to earn a sustainable income. They also avoid being hit by hidden costs, such as processing and transport.

For roasters, direct trade opens up opportunities to form close relationships with the people who grow their coffee. They can chat about everything from harvests to innovative cultivation techniques, and learn more about all the work that goes into producing the coffee.

They can then pass this closer connection on to consumers to help foster a greater appreciation for the coffee. This, in turn, often leads to less resistance to paying higher prices.

Jorge’s farm sells his coffee directly to US-based roaster Mayorga Coffee, a relationship he describes as “like a brotherhood”. The company visits every year after the harvest, which is in stark contrast to the trading situation the farm had before in which “no one knew anyone.”

Another benefit is security. Unlike the traditional system where both demand and price can vary from one season to the next, direct trade is built on far more sturdy ground.

Rather than relying on the speculation of the stock market – or C market – producers are given agency to negotiate their own prices and can depend on the long term relationships they have built with roasters.

“The benefits of direct trade are huge,” Jorge says. “Namely, farmers receive a much fairer price for what they produce.”

Mayorga states that its direct trade model allows it to fulfil its social purpose, while guaranteeing quality and consistency.

The company believes that direct trade pushes for structural change against the built-in inequalities in the coffee sector. This, it believes, could have a wide-reaching social impact in origin countries.

However, not everyone is onside. Large volume roasters running highly profitable business models tend, unsurprisingly, to be more difficult to budge.

The higher prices associated with direct trade – often 15-100% more than fair trade prices – acts as enough of a deterrent for board members unwilling to sacrifice their share of the profits. Companies like Mayorga Coffee recognise this premium and actively work to offset its potential impact on consumers. They do so by consistently working to maintain the lowest possible operation costs.

In addition, some industry observers point to the problem of informality and lack of regulation. As its proponents state, direct trade is built on and builds trust, which can potentially cause problems for farmers if, for whatever reason, roasters suddenly pull out.

In spite of this, Jorge believes firmly that direct trade should be the way forward, both in coffee and other agricultural sectors.

“Direct trade has allowed us to continue producing coffee,” he says. “If we can do it, everyone can.”