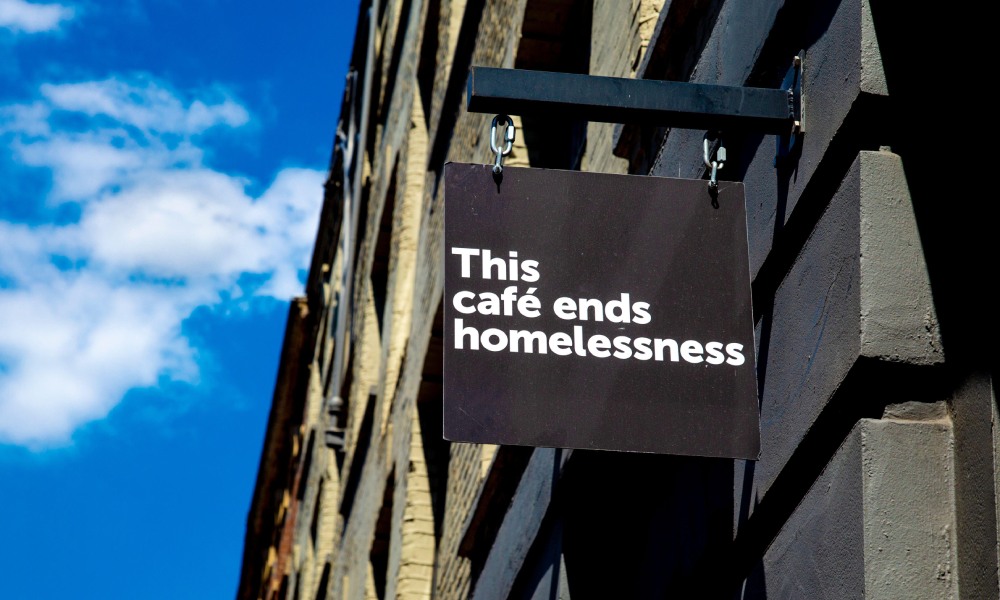 “WHEN I was in prison, the one thing that I could do by myself was make a cup of coffee.”

This is the powerful opening line in Old Spike Roastery’s video, ‘Thomas’s story’. It recounts the journey of a man who went from despair behind bars and on the streets to working at a bustling coffee shop in southeast London.

However, Thomas isn’t the only one to find a new life working in coffee. Since launching, social enterprises such as Old Spike Roastery have helped hundreds of people off the streets by repositioning coffee as a vehicle for change.

Based on the idea that everyone deserves a second shot at life, these cafes and roasteries offer real-world training and employment to help tackle homelessness. This could be anything from assisting a head roaster at a roastery to working in a cafe as a barista.

Many of them also donate a percentage of profits to social causes equipped to deal with society’s most vulnerable people. Old Spike’s sister company, Change Please, for example, gives 100% of profits to help homeless people obtain a living wage job, housing, and long term opportunities. It recently signed a deal to serve its coffee on Virgin Atlantic flights.

“At Old Spike, I worked with homeless people who had mental health issues, drink problems, and drug problems,” says Rob Dunne, who joined as a partner following the company’s launch in 2015. “These people needed support and not enough was being done.

“Old Spike Roastery was founded to fight against social issues such as homelessness. The founding members knew that a lot of people like to talk, but not do anything to put action into place.”

In 2019, an estimated 280,000 people in the UK were homeless. The outbreak of Covid-19 only exacerbated the problem, with many people suddenly out of work and unable to afford rent.

It’s not surprising then that the reception of coffee social enterprises has been positive. Change Please, which operates across eight countries, reports a success rate of more than 85%, meaning those it has trained as baristas have stayed employed at partners such as Starbucks and Caffe Nero.

The first success story at Old Spike Roastery – a Romanian woman called Lucy – continues to work as a full time barista, as do many of the other people they have helped.

Using specialty coffee is particularly intuitive. As the “last affordable luxury” it is consumed daily by millions of people worldwide who are not only willing to pay more for their coffee, but have also shown a marked interest in socially conscious purchasing decisions.

According to a recent study by Mintel, a market research company, those aged 25-40 “gravitate towards coffee companies with values”. This makes customer-facing businesses, like specialty coffee shops, the perfect places to help people get back on track.

However, the model is not all plain sailing. Rob explains that using your business to support people puts additional pressure on the day-to-day challenges of running a regular cafe-roastery.

“Setting up a normal roastery and running it in a way that supports yourself is hard enough,” he says. “But setting up a coffee roastery as a social enterprise and hoping that you can make money to help other people is really hard.”

According to Rob, it’s impossible to do it alone. Among other things, it’s crucial to have support systems in place alongside the social enterprise. For example, professional psychiatric support is often needed to aid the adjustment to a new environment for those who are used to living on the streets.

Can the coffee industry go further?

Latest estimates put the value of the UK cafe and coffee shop industry at more than $5 billion. However, there are still only a handful of brands that are using their business as a force for good.

Rob believes that the coffee industry can do much more to help fight against homelessness – and has only just started to explore its potential.

“Of course, there is a lot of money in coffee,” he says, “but whose responsibility is it? Governments and certain social bodies are willing to help because you are willing to do the work that they don’t do.”

Earlier this year, one UK charity highlighted the true potential of coffee as a vehicle for good when it launched a faux business, The Invisible Coffee Company. Set up by Single Homeless Project, it gave commuters the chance to buy an “invisible” coffee for £3 as though they were buying a real coffee – but no product was received in return. Instead all the money went towards fighting homelessness in London.

The idea was to encourage those who wouldn’t hesitate to spend money on coffee everyday to consider donating it to a good cause instead.

Rob explains that while there is still a long way to go to alleviating social issues, every business owner has the opportunity to make a difference. “There is now a bigger opportunity for coffee businesses to be a social enterprise and to choose a cause that is beneficial to their local community,” he says.