Are Ugandan coffee exports to China a form of diplomacy? 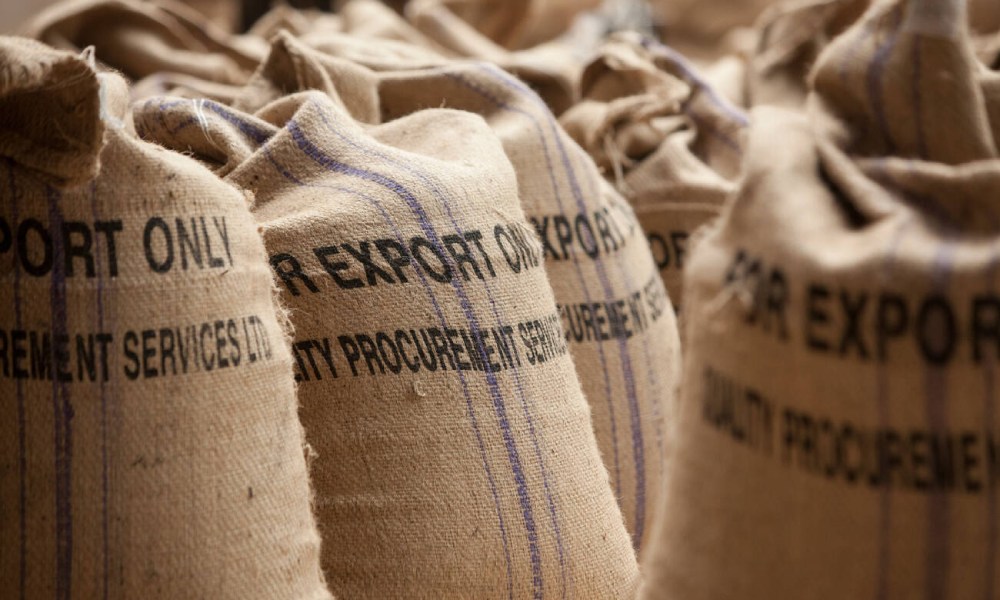 WHEN UGANDA finally broke free of UK colonial rule in 1962, the Chinese were quick to act.

The recently formed People’s Republic of China was one of the first countries to acknowledge the newly independent state, passing on a congratulatory message along with immediate diplomatic recognition.

The ensuing years saw the signing of numerous bilateral trade agreements and, by 2007, China ranked as one of the top ten countries to have invested in Uganda, spanning everything from roads to rice-growing.

But more recently its focus has turned on the east African nation’s potential as a coffee producer. This is at the same time that consumption among its own population soars. According to recent statistics, Chinese coffee consumption has far outstripped its coffee production, growing at around 20% per year.

“Middle-class citizens [in China] are on the rise,” says Frandan Tumukunde, a Ugandan coffee farmer and social entrepreneur. “And many who have been to the West think that it looks cool to drink coffee. As a result, there is now a massive market for both green and roasted coffee in China – and consumers are willing to pay very good prices for it.”

To keep up with the rapidly rising demand, the Chinese government has stepped up its coffee imports. And with strong ties already in place, it sees Uganda as the ideal trading partner.

Over the last few years, Ugandan coffee production has gone into overdrive.

Latest data from the Uganda Coffee Development Authority (UCDA) shows that farmers exported 6.49million 60 kg bags of coffee for the 2020/21 season, a 23% rise on the year before. In August last year, Uganda leapfrogged Vietnam to become the second-largest supplier of coffee to Italy.

The reasons for the rapid increase are manifold, with the government’s plan to increase annual output to 20 million 60kg bags by 2030 chief among them. It’s already seen millions of new trees planted and encouraged interest from as far flung corners as Russia.

However, China’s rising domestic demand for coffee is also playing a key role.

“China currently imports around 1% of Uganda’s coffee production by value,” says Andrew Hetzel, a coffee consultant and former SCA director, “but that’s up from about 0.4% in 2018. So we’ve seen a fairly significant increase in just a few years.”

While Uganda produces relatively small quantities of arabica, it is well known for its good-quality robusta, which grows wild in certain regions of the country.

It has commercially produced coffee since the early 1900s, but it wasn’t until 2003 that it started trading with China, where it was well received thanks to its low cost relative to quality. Since then, trade has only strengthened and, in March this year, the UCDA alongside the Ugandan embassy in China, held the first Uganda Coffee Day in Guangzhou.

On the face of it, the main objective was to promote Ugandan coffee in China, to create importing partnerships, and to attract investment opportunities. However, it was also seen as a diplomatic event, commemorating 60 years of Sino-Ugandan relations.

A number of people in Uganda have welcomed news of China’s growing interest in their country’s coffee production. For them, the attention will help Ugandan coffee establish itself on the global market, while boosting investment in infrastructure and improving quality.

However, there are concerns from some around the topic of debt. China has been actively involved in building some of the country’s most important infrastructure as part of its global infrastructure development strategy – the Belt and Road Initiative. This has led to China owning about 20% of Uganda’s debt, equivalent to around $1.6 billion.

Last August, China rejected allegations it would seize Uganda’s international airport if the government failed to service a $200 million loan for the expansion of the facility.

As a result, some are seeing Uganda’s eagerness to expand coffee trade with China as a form of diplomacy. Frandan says it is a way for Uganda to solve its trade deficit with China, who currently exports far more than it imports, while Andrew believes it is part of a much bigger picture.

“I’d speculate that Chinese buyers are choosing Uganda for its low price relative to quality,” Andrew says. “But it could also be to support geopolitical initiatives, such as the Belt and Road Initiative. Uganda is rich in natural resources, particularly gold, so more coffee trade may give China additional leverage in other dealings.”

Are Ugandan coffee exports to China a form of diplomacy?