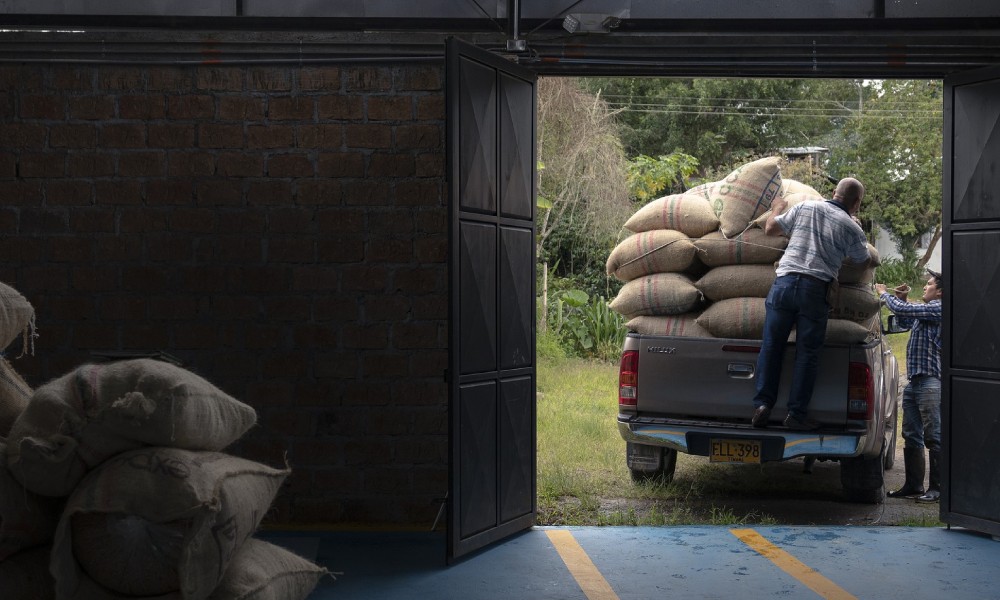 FOR 12 YEARS, while working at different coffee shops and roasters, and being a coffee competitor, I gained a sense that I was part of something larger than myself. I felt as though I was part of the coffee community – a sentiment shared by the people in whichever city I worked.

However, the idea of coffee being a “community” began to shift for me when I visited Guatemala for the first time. There, I met producers who were looking to breakthrough in specialty coffee. They had asked me to taste their coffees and give a market evaluation for what they would receive for the extra work and investment in unique varieties.

When they received scores and price indications of their coffees, they were incensed. For the next two hours, I felt I had become a conduit of their deep frustrations towards specialty coffee, the C market, exporters, roasters, and coffee shops. It was nothing short of world-shattering for me.

What I had imagined before this experience was a close collaboration between distant peoples building a common good. Now, I began to question how this could happen. How could there be such a disconnect between what I thought I knew in the coffee industry? Where was this global community I had been hearing of? And how could our community do this to the very people we claim to champion?

I built my life around the product of coffee. I would obsess over new regions, flavours, cup scores, and coffee competitors. What I realised over time is that coffee isn’t a community, it is an industry.

That’s not to say that community and connection cannot happen within an industry – but in the current economic structure, industry will look out for itself to ensure its survival, valuing continual and infinite growth above all else.

I’m afraid the outcome of thinking of coffee as a community instead of as an industry has pigeonholed the way we approach issues of sustainability, equality, freedom, and justice.

If we think of physical coffee first, we will work from a place of making sure the coffee industry is taken care of at the expense of the people who produce the product, from migrant coffee workers to baristas. We are allowed to approach these issues as long as it also benefits the industry.

There’s been an intentional agenda to treat the values of sustainability, equality, freedom, and justice from market-based approaches for coffee almost exclusively. Companies that pay more for perceived coffee quality benefit from marketing the idea that they aren’t “bad actors” and end up capturing greater market share.

There are also organisations which allow for a price floor with an emphasis on democratically run cooperatives, but that are built on a demand-based principle which limits their impact to those who can access them.

Both function on what Dr Janina Grabs calls a “single exit fallacy” – the coffee market only allows those to exit the market through the market, which, ultimately, benefits the market.

When we begin to see coffee as an industry it has the potential to leave room for critical thinking and to hold its power accountable. This is true especially when it has the power to replace and displace communities for better quality, engaging stories, or higher prices.

The importance of political processes

One area this industry has been untouchable is a lack of political process to regulate it.

Between the 1960s and 1980s, industry was supportive of a political process. The average price of green coffee was at $3.80/lb (adjusted for inflation), with 30% to 50% of every coffee dollar going back to producing countries.

However, since the removal of political price stabilisation tools, the average price has been $1.70/lb (adjusted for inflation), with only 10% going back to producing countries.

During the first price crisis of the 1990s, the average price for coffee-producing countries halved following the close of the International Coffee Agreement in 1989. Retail prices in the same year dropped slightly and then began to rise from 1990 to 1992, causing windfall profits to flow to traditional consuming countries.

When we focus solely on the physical product that requires consistent care and attention for multiple years, we limit the freedom of those who work in the industry, keeping them tightly coupled with its success or failure.

Industries are like feudal systems that demand a certain type of attentive loyalty. And with the lack of a political process, local communities will continue to be vulnerable to an industry that functions on a race-to-the-bottom in pricing, like the ones I met on my first trip to Guatemala.

I think it’s time to think of coffee as an industry first – and communities should not come at the expense of its infinite growth model.

If we want the industry to work to benefit communities, it should work in collaborative ways to ensure there isn’t a race-to-the-bottom and, instead, to embrace community solidarity as an alternative value.

And if the industry is interested in supporting communities through solidarity efforts, directives and goals should come from communities first, not industry.