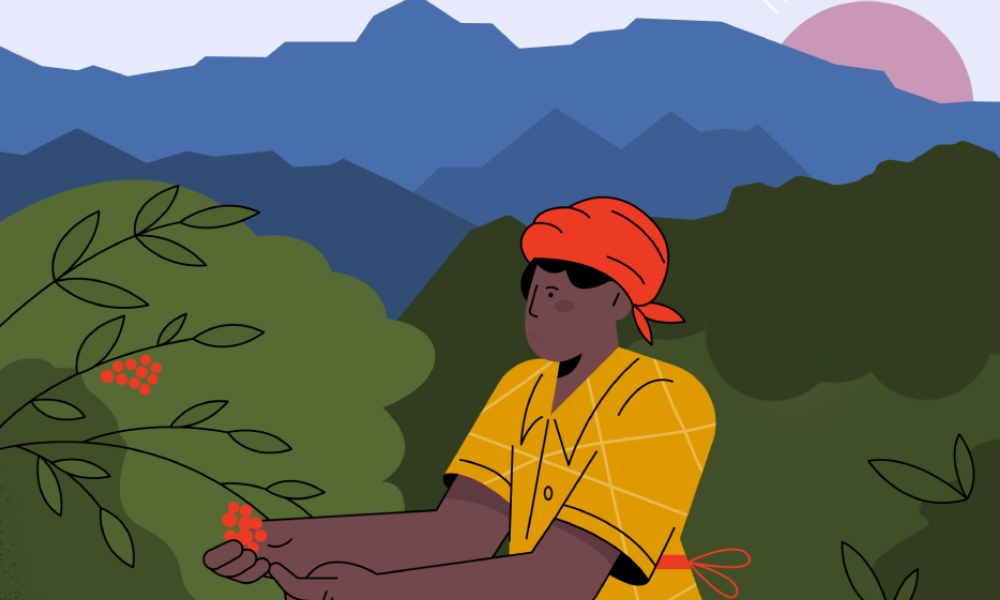 JAMAICA BLUE Mountain coffee is one of the most expensive and sought-after coffees in the world.

Prized for its smooth, mild characteristics and lack of bitterness, it is particularly popular in Japan, which imports around 75% of total output.

However, Blue Mountain coffee mixed with inferior beans and marketed under the famous label has flooded the market in recent years – with some “Blue Mountain blends” containing as little as 10% authentic beans. These fakes have prompted regulatory authorities and industry players to search for ways of tackling the problem.

“The problem of fake Blue Mountain is never-ending,” says Pia Bramwell who works for Oubu Coffee, a company that sells Jamaica Blue Mountain coffee produced exclusively at Sherwood Forest Coffee Estate. “It is very, very difficult to quantify, but we know for sure that it is getting worse.”

To qualify for the protected brand mark awarded by the Jamaica Agricultural Commodities Regulatory Authority (JACRA), beans have to be cultivated in the volcanic Blue Mountain range between Kingston and Port Antonio – an area of around 6,000 hectares and 1,800 metres above sea level.

This provides the coffee with its most valuable asset: scarcity. As well as being particularly difficult to grow and harvest, it is rigorously checked for quality, with any sign of defect enough to render it unusable. As a result, only about 60% of Blue Mountain coffee is considered good enough to export.

It’s for these reasons that fake and counterfeit versions have become so prevalent in recent years. The situation has only worsened due to high demand for Jamaican coffee in China, with businesses looking to cash in on the Blue Mountain brand.

Despite being equivalent to just 0.1% of Colombia’s total coffee production, Blue Mountain coffee plays a significant role in the Jamaican economy.

As such, national authorities, such as the JACRA, have been applying strategies to crack down on those trading fake Blue Mountain for years.

These include raiding suspected vendors and serving fines, and even prison sentences. To tackle counterfeit sales online, JACRA recently partnered with Amazon to verify the authenticity of coffee sellers on its platform.

The situation is comparable to that of other high-end coffee products, such as the problem of fake Hawaiian Kona coffee.

In 2021, a landmark lawsuit against 22 large US retailers, including Costco and Walmart, resulted in significant payouts of up to $14,000 for 700 individual farmers. Half of the companies also signed legally binding statements governing the use of the Kona name.

While she recognises the value of legal and financial penalties for infringement, Pia believes technological innovations and a smart-farm approach could hold the key to real change.

Her estate in Sherwood Forest has partnered with a Silicon Valley tech firm to trial a blockchain system, which she describes as a “farm to cup approach of authentication”.

Each barrel of authentic Blue Mountain coffee is assigned a non-fungible token (NFT). Then, using a unique QR code for each product, consumers can trace their beans, which shows verified details from picking, sorting, and barrelling to roasting and transport. This guarantees the coffee is genuine. Consumers can also tip individual growers and workers using cryptocurrency, which can then be converted into products such as fertiliser.

“We think blockchain can be scaled up to all Blue Mountain stakeholders, it’s doable,” Pia says. “A lot of money goes into the wrong hands. If it is 30% counterfeit, it is worth it.”

The use of blockchain technology isn’t just exciting for consumers, who avoid being ripped off by fakes. Growers from rural communities who miss the opportunity to supply the natural demand for Blue Mountain coffee also have an interest in finding effective long term solutions.

After all, if inferior coffee is sold as Blue Mountain, it will inevitably erode the brand – which has already been happening. If Jamaica is to continue to occupy a top position in the coffee world, concerted efforts must be made to protect its authenticity. And blockchain could be the best option yet.