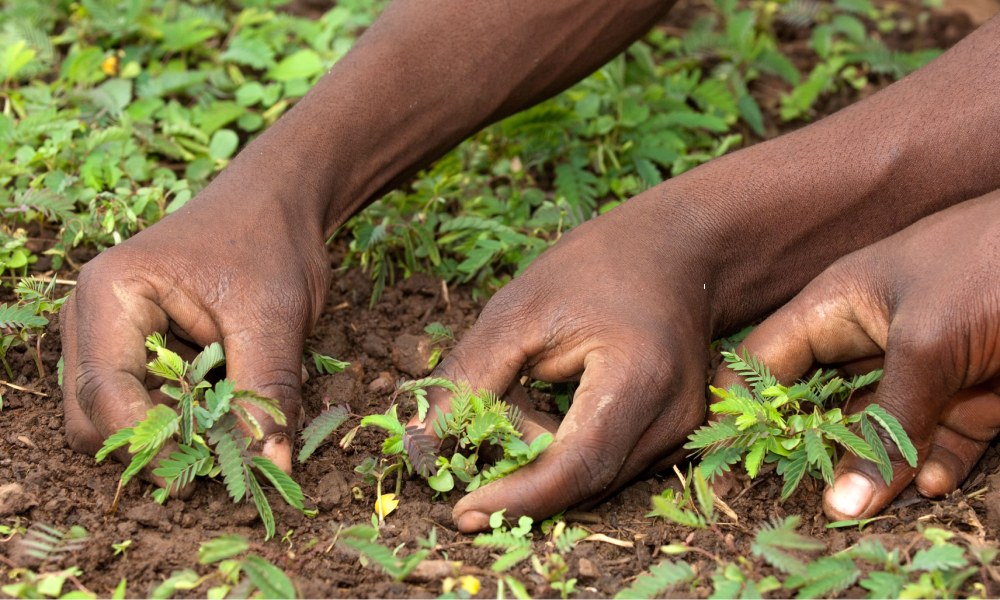 DEPENDING ON whom you speak to, attitudes towards climate credits can vary considerably. Where one person may tell you they are a scam and just another form of greenwashing, someone else will explain that they are the most realistic solution to climate change yet.

Carbon credits – or carbon trading – is a market-based system that aims to provide economic incentives for countries and businesses to reduce their environmental footprint.

A carbon credit represents the right to emit the equivalent of one tonne of carbon dioxide (or other greenhouse gas). Companies are allotted a set amount of credits based on their historic emissions and can trade any they don’t use to help balance total worldwide emissions.

However, carbon credits can also be generated and sold, with the money funding projects that help further reduce greenhouse gas emissions.

In the coffee industry, these schemes often focus on replanting areas affected by deforestation. Trees are planted in the affected areas and this action earns carbon credits, which can then be sold to others in the supply chain.

The income can then be used to plant more trees, generating an inbuilt growth loop, and, in many cases, providing additional income for the growers.

Cafédirect spearheaded this movement in the mid-2000s when it launched its Reforestation Sierra Piura project in Peru. Working alongside the local Choco community, it helped plant trees which, when mature, started absorbing carbon from the environment.

The people of Choco then received carbon credits relating to the amount of carbon absorbed. Around 90% of the funds from selling these credits went directly to Choco to finance the planting of seedlings, while the remainder went towards future climate change adaptation projects.

In the coffee industry, supporters of carbon credits often point out that they carry a double benefit: they allow coffee companies to offset their carbon emissions and help farmers reduce the impact of climate change.

It was for the latter that Cafédirect chose Peru as the focus of its carbon credit project. The South American country had been cited as the “epicentre of climate change” and was suffering from heavy rainfalls that were damaging crops.

“Climate adaptation schemes, such as reforestation, can significantly reduce the risks and costs of climate events on coffee production,” says Joel Brounen who works at Solidaridad, an organisation that helps to develop sustainability along supply chains. “These include extreme temperature fluctuations, droughts and excessive rainfall.

“Research shows that farmers involved in tree-planting schemes have higher and more stable productivity rates, and the quality of the coffee goes up and is more consistent.”

Carbon credit schemes such as the ACORN platform developed by Rabobank, can generate what Brounen refers to as “a win-win situation for coffee producers, traders and roasters” as growers benefit from the extra income and reforestation initiatives, and roasters make progress towards their net-zero commitments.

While carbon credits can have a positive impact, critics suggest that, on their own, they are not enough to combat climate change.

A lengthy certification process means they are often a hard-sell for coffee farmers, while the costs involved in launching and running a carbon credit scheme can be difficult to manage.

“Carbon credit schemes do not come free,” Brounen says. “They incur transaction costs related to carbon measurement, monitoring, verification and certification at farm level, as well as the cost of providing traceability. The voluntary character of carbon reductions is also becoming outflanked by increasing mandatory legislation.”

That said, the absence of an international standard for the carbon credit market has created what some have described as a “wild wild west”, with fluctuating prices and inconsistent methods of measurement.

Indeed, a report by BloombergNEF, a provider of strategic research, recently admitted, “The price of offsets could rise significantly, creating a $190 billion market as early as 2030… In other scenarios, prices could remain relatively flat for the next few decades, most likely preventing the market from ever really getting off the ground.”

As such, Brounen explains that a multi-pronged approach – where carbon credit make up just one part of the strategy – is the best way forward. “Carbon credits are effective within a wider approach to adapt to and mitigate climate change – but they shouldn’t be the only driver of carbon reduction strategies.”