The risks and rewards of Geisha production 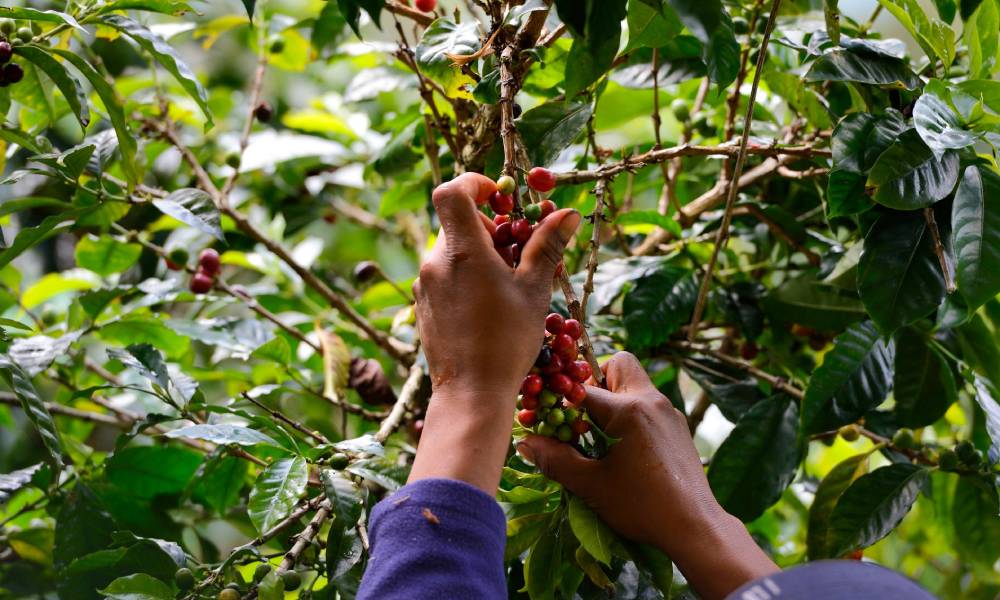 Since its breakthrough in 2004, the word “Geisha” has set mouths watering in the specialty coffee sector.

The exotic variety, which originates in the Gori Gesha forest of southwestern Ethiopia offers not only a delectable balance of sweet, floral, and citrus flavour notes, but a staggering market price to boot.

At the 2021 Best of Panama auction, a fermented Geisha received a record bid of $2,560 per pound, almost double the amount paid for a washed Geisha the year before. This is compared to an average of $1.85 per pound paid for specialty green coffee from South America in 2019, according to the Specialty Coffee Transaction Guide.

It’s of little surprise, then, that many coffee farmers have turned to Geisha in the hope of reaping the rewards. However, not all guarantee the large returns many have come to expect.

Without a doubt the most well-known Geisha-producing country is Panama. Its unique climate, high altitudes, and potassium and calcium-rich volcanic soils offer growing conditions that allow the variety to thrive.

Yet Geisha production across other parts of Latin America is becoming increasingly well established, including in Colombia, Peru, Costa Rica, and El Salvador. For example, the two top-scoring coffees at the Colombian Cup of Excellence awards last year were both washed Geishas.

Marisabel Vasquez is marketing manager at Caravela Coffee, a specialty green coffee trader. She believes that the market has not yet hit peak Geisha production as many farmers still have young plants which are yet to fruit. She estimates that across Latin America around 10% of producers are introducing some Geisha into their mix – and suggests that this could rise still.

In Peru, for example, she expects around a quarter of the farmers Caravela works with will be offering Geisha by next year. She points out that many farms are not switching entirely to Geisha, but rather introducing a few plants in the interest of diversification. Naturally, this makes the true quantity even harder to measure.

The main driver for farmers switching to Geisha is price, with farmers chasing the dramatic highs. However, Marisabel feels many producers are “also looking for recognition and to make a name for themselves at competitions”.

While the top prices of competition-winning Geisha hit the headlines, not all Geishas are guaranteed to offer exceptional quality, a fact reflected by their market prices.

“Growers have to realise that not all of their Geishas are going to receive the prices they desire,” Marisabel says.

One particular challenge is the prevalence of fake seeds. Marisabel explains that there are a lot of uncertified Geisha seeds circulating that might produce an excellent coffee, but are not going to make the desired grade and prices at competitions.

It is a delicate plant, and requires “more work, more management and more treatment,” Marisabel says. For example, crops tend to require twice as much fertilisation as other varieties, and longer branches mean it takes up more space – roughly double according to Marisabel.

With such a boom in popularity among growers, it is easy to speculate on the future dangers of market saturation. While there is currently still some room for market growth, farmers need to weigh up the advantages and the challenges of Geisha production.

The market, Marisabel says, is ultimately limited as “there is not enough consumer demand due to the price”.

“Not everyone is willing to pay such high amounts even if it brings great quality,” she adds. “Many people are satisfied with a decent quality arabica such as Caturra, Typica, or Bourbon.”

For farmers, other varieties such as Pink Bourbon, Wush Wush, and Maragogype offer farmers the opportunity to gain recognition in the world of specialty coffee without many of the challenges attached to Geisha.

The risks and rewards of Geisha production