Maxwell Colonna-Dashwood: “Accessibility in specialty coffee is a fallacy” 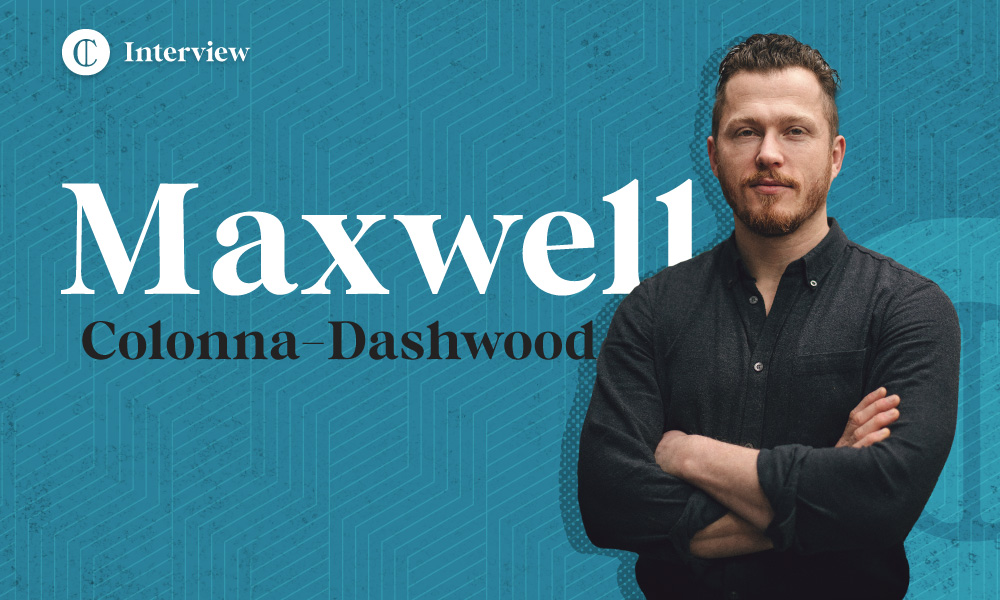 WHEN DISCUSSING specialty coffee, Maxwell Colonna-Dashwood doesn’t like the word “accessible” – and with good reason.

Having dedicated more than 15 years of his life to the coffee sector, in which he has competed in world barista championships, co-authored several academic papers, launched his own roastery and coffee capsule business, and written a dictionary of industry terms, he, more than most, understands its full complexity.

So naturally the idea of it being more “accessible”, a term bandied around to suggest that everyone should be drinking specialty coffee, makes little sense to him.

“This fear of sophistication and complexity because of pretension is the biggest cognitive dissonance,” he tells me over a video call from his home in Bath.

“Because if coffee wasn’t interesting and complex you wouldn’t be interviewing me right now. We wouldn’t have this passionate scene with trade shows and competitions.

“So the accessibility thing is a fallacy. Specialty coffee is everywhere. Do we really have a problem? The thing that worries me the most is that people are so desperate to be accessible that they dumb down specialty to a point that it’s no longer specialty anymore.”

By his own admission, Maxwell is outspoken when it comes to topics such as these: platitudes and blanket statements that have become the norm in the specialty coffee sector.

Consequently, he’s not afraid to “rock the boat”, as he puts it – but only if it’s for the right reasons. “When I see an area where there’s a false understanding or prejudice that isn’t fair, I’m happy to challenge it,” he says.

It was with this mentality that, in 2016, he launched his own coffee capsule business, Colonna.

One of the first to put specialty coffee in the “Nespresso pod” format, Colonna set out to challenge perceptions about what a capsule could be – specifically in relation to quality.

“I had a very simple question: How good could a pod be? It seemed like it should be pretty good coffee. It’s ground on a roller grinder so it should have more aromatics and each one is its own protected dose unlike opening a bag; so they’re going to last longer and taste more consistent.”

For Maxwell, pods also offer the ultimate tasting experience, encouraging people to think about coffees from different origins and the way they taste. Similar to the accessibility argument, the cliche of being “anti-pod” if you’re into specialty coffee is, to him, nonsensical.

“I love the format,” he says. “There’s no trade-off between convenience and craft. People buy both beans and pods off us.

“These markets are not fighting each other, they’re growing together. It’s about different format solutions for the context – but great coffee can grow by using these formats rather than being afraid that these formats will somehow devalue coffee.”

Since arriving on the specialty coffee scene, Maxwell has, whether intentional or not, been at the forefront of some of the sector’s most exciting innovations – specialty pods among them.

Of particular note is his research into water chemistry and its effects on coffee. This culminated in a landmark book, Water For Coffee, and the development of a specialised filter jug called Peak Water.

Looking back on that period, he’s still amazed there was an opportunity to conduct the research he did. “In the beer industry, the whole water thing happened a long time ago,” he says. “So it’s still crazy to me that we could come along and do that in coffee.”

Innovation is now baked into the culture of his business. This is embodied by Colonna Labs, the research and development arm of Colonna dedicated to exploring the “intricacies of coffee”.

While water continues to be a topic of interest, Colonna Labs has recently turned its attention to other unmined areas, such as grinding and green bean storage.

“I get drawn to these areas that people have sort of become reliant on a limited understanding of,” Maxwell says.

He’s also an admirer of the work of larger companies, particularly in relation to climate change. Rather than vilifying them, Maxwell says it’s better to acknowledge the work they are doing and understand how smaller, independent companies can provide inspiration.

This ties into his overarching view of what the coffee industry should be: a place full of individuals and businesses who drive one another forward through innovation and a healthy dose of competition.

As for where “accessibility” fits into all of that, the less said the better.

Maxwell Colonna-Dashwood will be giving a talk titled, How Big Is The Market For Third Wave Coffee? at this year’s Producer & Roaster Forum in Medellín, Colombia.

Maxwell Colonna-Dashwood: “Accessibility in specialty coffee is a fallacy”