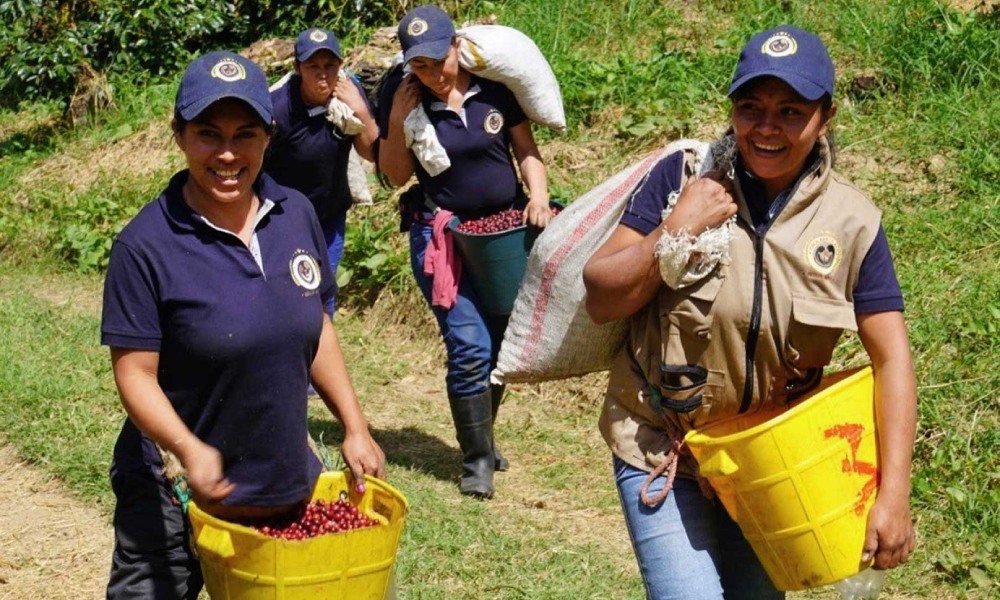 IN SANTANDER, Colombia, Finca Santa María is known for producing some of the region’s best coffees. However, the key to the farm’s success isn’t solely its rich soil or ideal climate, but its entirely women-run team.

Over the years, it has had a transformative effect, helping to challenge gender misconceptions both locally and across the coffee industry as a whole.

“We’re a group of 32 women, working at every level of production all year round,” says Alba Bueno, a team manager at the finca.

“As a woman, it has helped me become independent and start believing in myself. This work has allowed me to realise that we women can successfully do a job that was traditionally only for men.”

The Finca Santa María ethos is a bright light in an industry that has historically accepted gender inequity as the norm. Generally, women have been kept out of coffee farm operations, despite providing 70% of the labour in coffee production.

When they are included in managerial roles, they tend to do more work for less pay, own less land, and have a disproportionately smaller voice in both leadership and decision-making.

Gender parity doesn’t improve past the production stage either. Women account for only 10-20% of participants at the higher paying levels of coffee trading, such as exporting and sales. In other words, the further coffee moves away from the farms, the quieter the female voice becomes.

Beatriz Garay is Mayorga Coffee’s Director of Food Safety & Compliance. She explains that when she entered the industry two years ago, the lack of female representation was frighteningly apparent.

“When I was studying to get my Q grader [certification], I was the only woman,” she says. “I was also the only Hispanic woman in my group of 30 male students. In the beginning, I was so intimidated.”

The cost of this imbalance goes far beyond moral degradation. Gender inequity has an undeniable negative effect on the sustainability of the coffee industry.

The search for solutions

The founder of Finca Santa María, Mildred Muñoz, believes the solution to gender inequality in coffee begins by highlighting women’s work across the supply chain.

“These examples of women’s improvement and equality motivate our group of women in Santa María,” she says. “Everyday, they want to train themselves and achieve their goals because they see that there are opportunities.”

Finca Santa María also prides itself on protecting the local environment through organic farming practices. Muñoz explains that one of the greatest strengths women bring to the coffee industry is how they take care of their communities and environment.

“We women promote sustainable development based on respect for the environment,” she says. “Our production is organic certified, which promotes the biodiversity of flora and fauna. It also produces a better quality product that, in turn, generates higher income. This helps the social development of the whole community.”

However, improving gender parity in the coffee industry is not without its obstacles. Insufficient data on women’s issues, deep-rooted cultural beliefs, and incongruent basic human rights across geographical boundaries are just a few of the hurdles over which advocates must leap to make meaningful changes.

Yet despite the barriers to gender equality, Muñoz believes the struggle is well worth the reward.

“It’s a daily fight,” she says. “Having to wake up early in the morning to prepare the food for the day, get the kids ready to go to school, and return home to help with school homework and house chores.

“But, at the same time, this is counterbalanced by the laughs, singing, and stories that make daily living happy. At Santa María, all the women work picking the coffee with a lot of love and passion.”

As a Diamond Sponsor, Mayorga Coffee will be running a booth, where it will showcase its work with coffee farms across Latin America, including Finca Santa María. Register for tickets today to gain exclusive access.