Exploring the growth of barista competitions in Africa 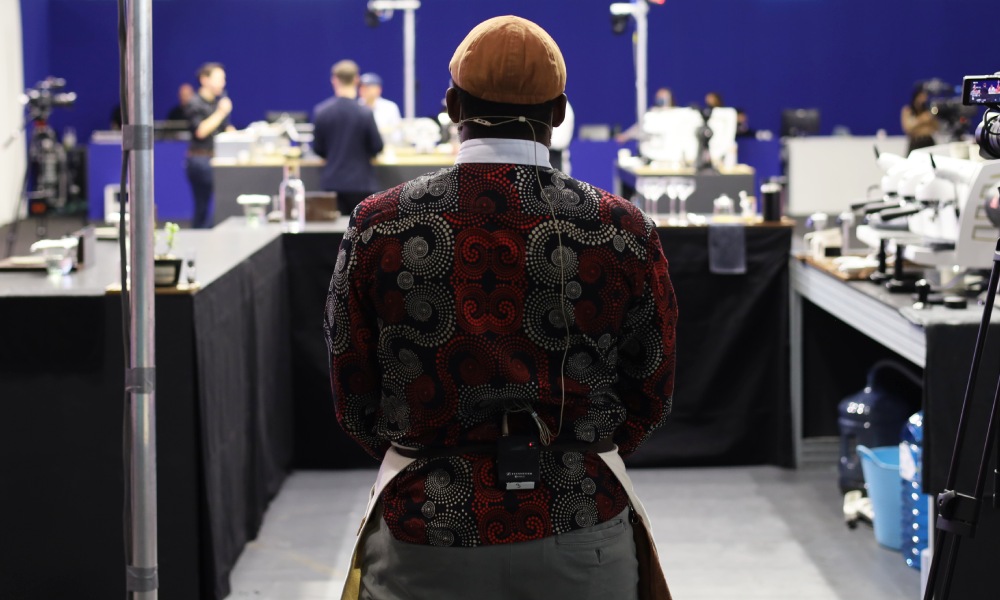 WHEN KENYA’S Martin Shabaya competed at the 2021 World Barista Championship in Milan, he had the weight of a continent on his shoulders.

The first African competitor to make the final in more than 20 years, Shabaya represented a decisive turning point: Africa was not just a coffee exporter, but a continent whose baristas could compete on the world stage.

According to Shabaya himself, exposure has been one of the main driving forces. “People are now getting informed,” he says. “And the government promoting things like direct trade is helping a lot.”

“Barista championships are starting to take place all over Africa,” says Shaun Aupiais, a barista trainer at the Red Band Barista Academy in South Africa.

“The SCASA is already planning this year’s competitions countrywide so that South Africa can be represented at the world championships again.”

What are the benefits of local barista competitions?

Ethiopia aside, the percentage of coffee consumers in coffee-producing countries across Africa has been traditionally low. Kenyans, for example, consume just 5% of total output, while in Rwanda it’s closer to 3%.

However, the landscape is beginning to shift, with younger generations in particular showing a greater interest in the coffee their countries produce.

As this happens on a wider scale, Shaun says there is a growing motivation to plug into the international scene – which includes barista competitions.

“We encourage people to enter to better themselves as baristas, push themselves to the limits, and help showcase the many beautiful coffees that they have the privilege of serving in their cafés,” he says. “Coffee encourages community and the competitions help those communities grow and flourish.”

At a farm level, coffee production is evolving, with the introduction of experimental processing methods, such as carbonic maceration. This, in turn, is giving local baristas unfettered access to a variety of interesting coffees to play around with and present at championships.

The more the competitions expose these coffees, the greater the demand they create, which ultimately benefits the producers. In some cases, they have even made the trip to the competition venue to experience how coffee is brewed – something that is out of the question for producers when competitions are exclusively held abroad.

Furthermore, most of the competitions are held in public spaces, such as cafés and malls, allowing consumers to sample some of the winning brews.

This shows how local barista competitions are helping to provide a platform for education and unity between different stages of the supply chain.

The lure of the Middle East

Africa’s developing coffee scene may seem like good news all round for local industries – but there have been some bucks in the road.

Unfortunately, there is no simple solution to this. The high salaries and flourishing coffee scene of the Middle East is something only a handful of cities in Africa can offer. And even then, competing with events such as the World of Coffee Dubai is still a distant prospect.

While it’s encouraging more young people to enrol in barista schools, the rewards of fully trained baristas are only being reaped for a short time.

“Although there are positives, there are still gaps,” Shabaya says. “All the quality baristas are being tapped by the lure of the Middle East.”

Many stakeholders agree that it’s up to the governments to chip in and become the main sponsors of barista competitions – so far it has largely been the efforts of the private sector. This, it is thought, could help to ingrain a coffee culture that baristas want to remain a part of.

However, despite the appeal of working elsewhere, the net benefit of barista competitions is clear for all to see. The most important thing now, Shaun explains, is to “ride the wave” for the next generation of baristas.

“For me, the most important thing is to keep customers excited and interested in coffee and trends around it. But it’s also about keeping the current and next generation of baristas positive and motivated.”

Exploring the growth of barista competitions in Africa