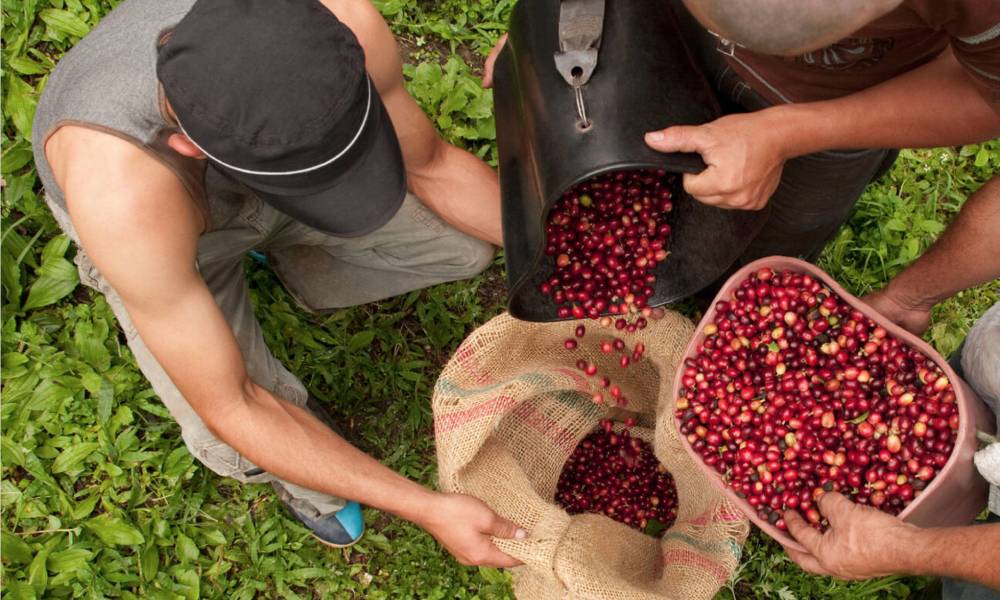 IN THE coffee industry, Colombia is widely acclaimed for the creativity, innovation, and expressiveness of its farmers. Yet while individuals have shone on the world stage, collective action is the key to a better livelihood.

This is the central idea underpinning the country’s cooperatives: organised groups of coffee producers who use collective power to gain access to a range of benefits, from better access to resources to protection against market volatility.

The Colombian cooperatives movement began more than 60 years ago as an initiative of the Colombian Coffee Growers Federation (FNC). Its overarching aim was to link together the social, economic, and cultural needs of coffee farmers.

Today, there are over 30 cooperatives operating across Colombia. Collectively, they purchase around a third of all coffee produced in the country, which they sell on to the FNC, the cooperatives export association, Expocafé, or direct to international roasters.

What are the benefits of membership?

While there is no legal obligation to join a cooperative, those who operate alone, especially smallholder farmers, stand to miss out on a number of benefits.

The labour-intensive process of growing coffee means it can be difficult for farmers to connect with buyers directly. What’s more, small-volume producers often find their coffee fails to attract long term suitors unless it’s of particularly high quality.

Among the main aims of cooperatives is to overcome these challenges by increasing the joint bargaining power of their members and outsourcing key activities to the cooperative.

The idea is that pooling resources and expertise will lead to better outcomes and profits for all those involved. Many also invest in social welfare schemes for their members, including healthcare, education, and low-interest loans.

Luis Miguel Garcia is the general manager of the Anserma Coffee Cooperative in Caldas, part of Colombia’s “coffee triangle”.

Formed in 1966, Anserma is defined as a “medium-sized” cooperative with around 2,000 members. Garcia summarises his role as “trying to find the best buyer for each coffee”.

Around 30% of the region’s growers are members of the Anserma cooperative and Garcia says “most of them are very committed as any profit goes to them in the end”.

Like other cooperatives, Anserma’s members decide on the priorities for service and welfare programmes through consultation and biannual elections of the “member steering group”. Priorities include core services, such as pulping, and discounted purchases of plastic used for sunlight drying.

The cooperative also receives a Fairtrade premium thanks to its contract with Swiss coffee pod manufacturer Nespresso. It then reinvests this money into programmes for technical assistance, climate change, and helping members saving for their retirement.

More recently, the Anserma cooperative has focused its attention on improving its environmental sustainability, such as by installing solar panels to power processing machinery and applying for globally recognised certifications like the Rainforest Alliance.

Garcia believes that as farmers come under growing pressure to become lower their environmental impact, cooperatives across Colombia will play a pivotal role aiding the switch to more sustainable practises.

What are the challenges?

For all the positive work of cooperatives, they’ve come in for their fair share of criticism over years.

In particular is the accusation that cooperatives foster a culture of homogeneity, in which the coffee they sell has no unique story by the time it reaches the consumer. Instead, smallholder farmers are expected to contribute their share of coffee to the cooperative, which is then sold on to a large buyer and marketed under one umbrella.

Another challenge is what Garcia calls “informality in the sector”. This is in reference to the voluntary nature of cooperatives, which means that members may not always participate in annual meetings, provide adequate capital, or fully support the cooperative with their patronage.

A lack of commitment is thought to greatly limit the ability of a cooperative to fully develop its potential for serving farmers. However, Garcia says that, for the most part, cooperative members are fiercely loyal and recognise the importance of “strength in numbers”.

Today, he says, the main challenge is educating others about the part they play. “Anserma has members who have been there since the very beginning,” he says. “What’s important now is that others along the supply chain understand the role cooperatives have in moving the sector forward.”