How breaking down language barriers can help Colombian coffee farmers 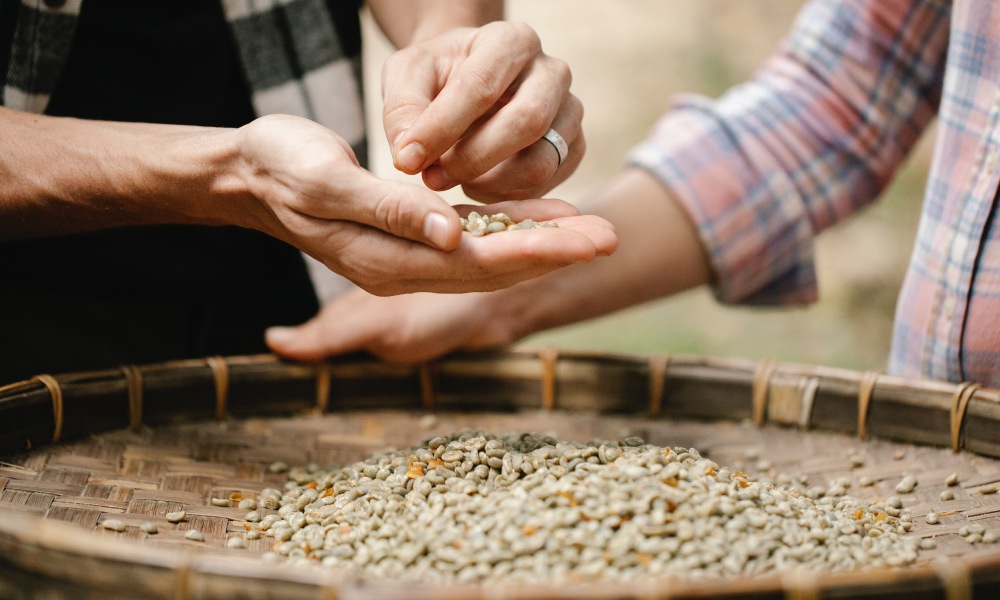 WHEN JOSÉ ANARGEL RODRÍGUEZ won the coveted Tierra de Diversidad prize in 2016, he believed it would open the door to a world of opportunities.

A first generation coffee producer from a small village in Tolima, Colombia, Rodríguez had the chance to attend the SCA Expo in Seattle as part of his prize.

Here, coffee professionals from around the world gathered each year, swapping stories, discussing trends, and laying the grounds for fruitful, long-lasting relationships. It offered an international platform not only for Rodríguez and his coffee, but also Colombia as an origin.

“It’s a very important exhibition because it links all the production chain and gives the opportunity to establish business contacts”, he explains.

However, there was a problem. The majority of attendees at the expo were English speakers, whereas Rodríguez only spoke Spanish. Although he was offered interpreters to aid conversations, he felt as though he was at a distinct disadvantage compared to those between whom discussions could flow.

“There were people with us translating, but it’s not the same as when you can speak to someone directly,” he says. “There is not the same feeling and some things cannot be properly expressed.”

What are the barriers to learning?

In Rodriguez’s village, China Alta, none of the coffee farmers speak a second language.

Therefore, to sell their coffee to the majority English-speaking buyers, they traditionally rely on the help of intermediaries, usually in the form of exporters. This means that the buyers, many of whom are from the US and the EU, rarely have direct contact with the farmers themselves.

In this sense, intermediaries play a crucial role in fostering relationships with buyers. Without them, it would be exceedingly difficult for the farmers to get their coffee in front of the people who matter, particularly for those who operate in the specialty market, such as Rodriguez.

However, it also means that any profits from the coffee are split between more hands, while the opportunity to form truly special friendships is slightly diminished.

The shortage of bilingual speakers on Colombian coffee farms stems predominantly from the education system. In rural schools it’s often not a priority to teach a second language and even in cities English is often only taught to a beginner level.

Anyone who wants to become fluent in a second language usually has to do so by their own means, which can be expensive and hard to access.

“It’s very difficult to learn a language easily and fast,” Rodriguez explains. “To attend classes from SENA (Servicio Nacional de Aprendizaje), we need to go to the nearest city of Ibagué. During the winter period, the roads become bad, so this is made even more difficult.”

While intermediaries continue to play a fundamental role in deals between farmers and international buyers, the landscape is beginning to shift.

The dawn of the internet, and more specifically, smartphones, has transformed the ability of farmers to access language learning resources without the need for travel.

For example, SENA offers free online courses in second languages, while language-learning platforms, such as Duolingo, Babbel, and Fluent U have become increasingly popular.

Rodríguez, who since his trip to Seattle has won the Ibagué Café Festival and was a finalist in the 2020 Tierra de Diversidad, says the adoption of a second language will help Colombian farmers put their coffee on the map.

“Speaking English will help us to have more contacts, make deals more directly, to travel with more confidence, and to export coffee,” he says.

“The internet is helping to make us closer to any part of the world. But from an educational standpoint, I believe that learning a second language should be compulsory.”

How breaking down language barriers can help Colombian coffee farmers